By Michael Merrigan: Celebrating Ireland in Belgrade  (front cover story about the book The O’Donnells of Tyrconnell – A Hidden Legacy) published in Ireland’s Genealogical Gazette,  Volume 15, no. 2, monthly newsletter of the Genealogical Society of Ireland, February 2020.

by J. Anthony Gaughan,  The Astonishing History of One of Ireland’s Great Clans, published in The Irish Catholic, Dublin, 12 March 2020.

by Kenneth Ferguson, LL.B, Ph.D, Honorary Editor of The Irish Sword,  the Journal of the Military History Society of Ireland, Volume XXXII, no. 129,  Dublin, Summer 2020. 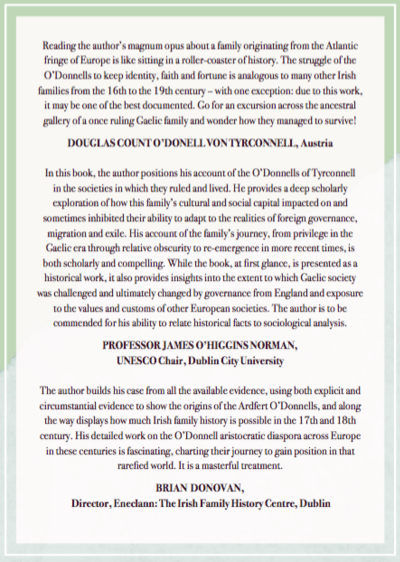 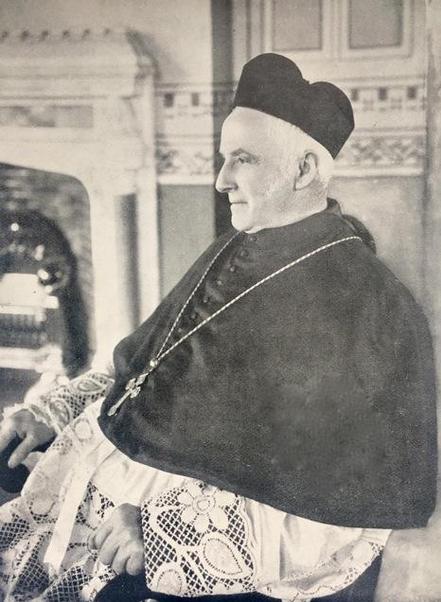 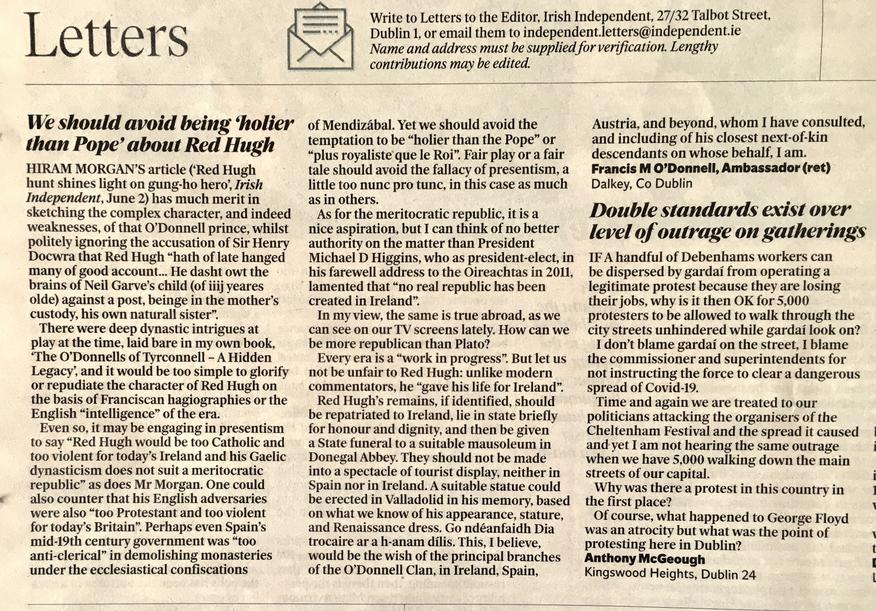 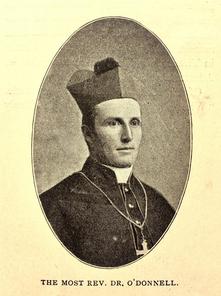 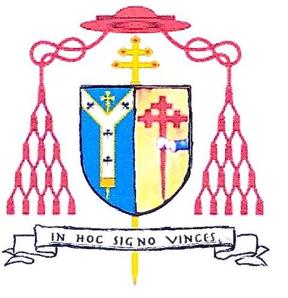 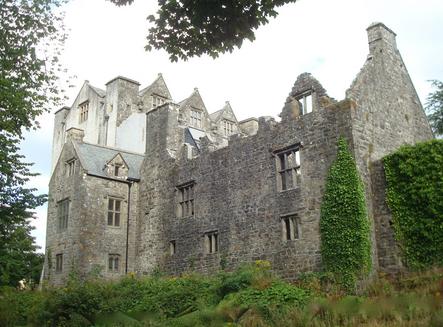 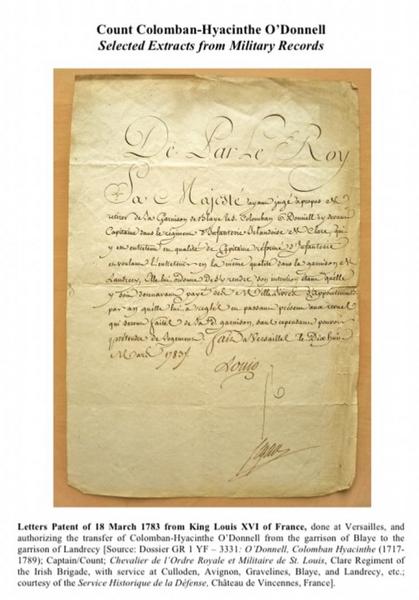 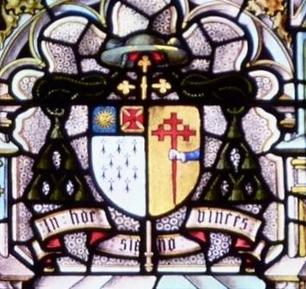 Letter to the Editor,   Irish Independentnewspaper, Dublin, Thursday, 4 June 2020. This letter was written in full knowledge that in his last will & testament, that great Irish prince, Red Hugh O'Donnell, having no other option on his deathbed in Simancas, desired to be buried in the Franciscan Monastery in Valladolid - but that monastery was destroyed in the 19th century, and in light of the destitution of remains, it is recommended that if re-discovered, greater dignity should be paid to his status as an Irish national hero.

Below: left: a photograph of the late Cardinal Patrick O'Donnell (1856-1927), and right, his color portrait based on the same, as it hangs in the cloister of St. Patrick's College, Maynooth. In centre further below, an early photograph of him in 1898 as the young Bishop of Raphoe, builder of the Cathedral in Letterkenny,  and depictions of his arms, as Cardinal Archbishop of Armagh (right), and earlier as Bishop of Raphoe, on a stained glass window.

Below left: a letter from Red Hugh O'Donnell to King Philip III of Spain; Below right: Simancas Castle, where he died a few months later. 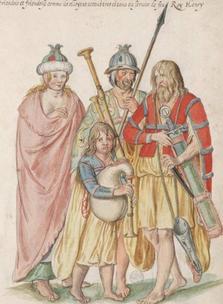 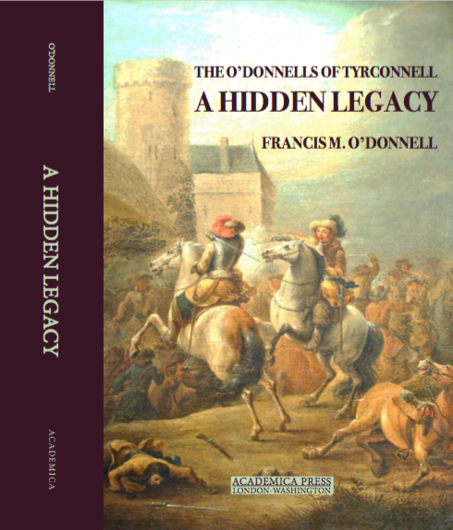 Ancestors and their descendants through the ages: from ancient Gaelic warriors, chieftains,and kings, to Renaissance princes, counts, and cavaliers, to the promising next generation, the phantoms of the past might still inspire the visionaries of the future. 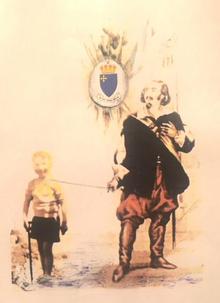 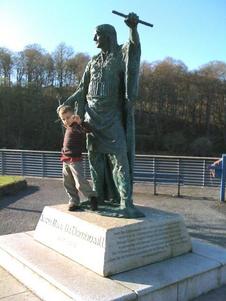 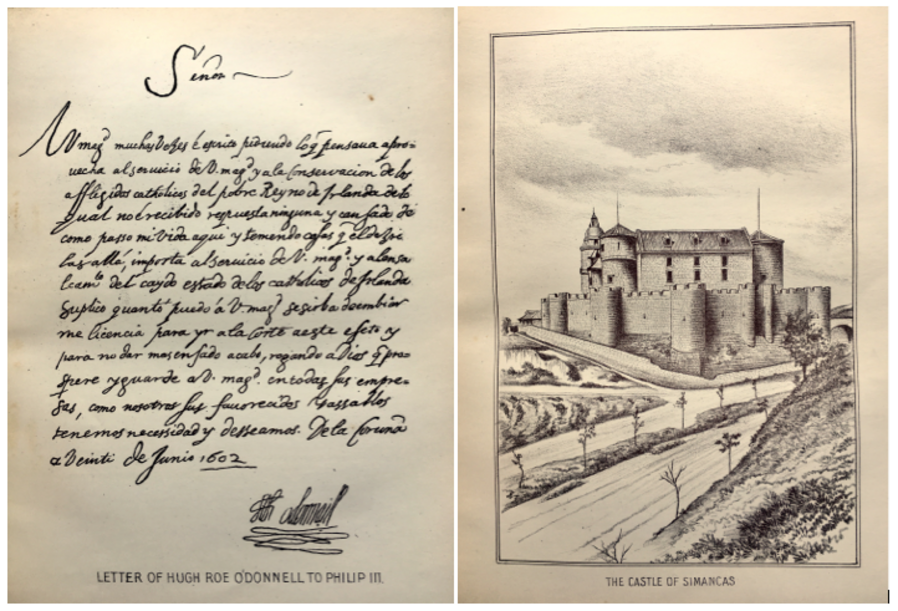 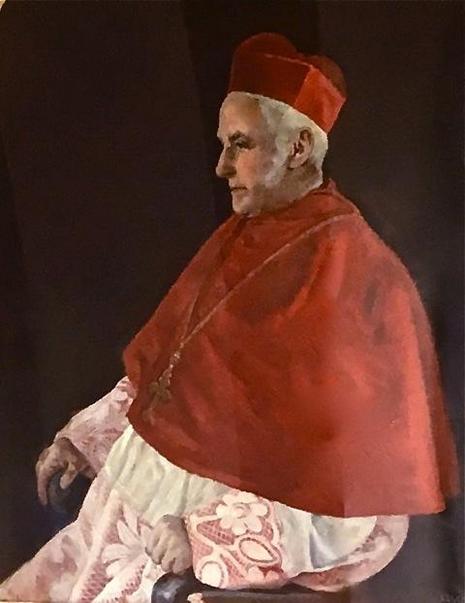 Below:  Sample correspondence concerning the O'Donnell Counts in France

On left: A permission from King Louis XVI of France in favour of Count Colomban-Hyacinthe O'Donnell

On right: An attestation in the hand of his son, Count Jean-Louis Barthélemy O'Donnell 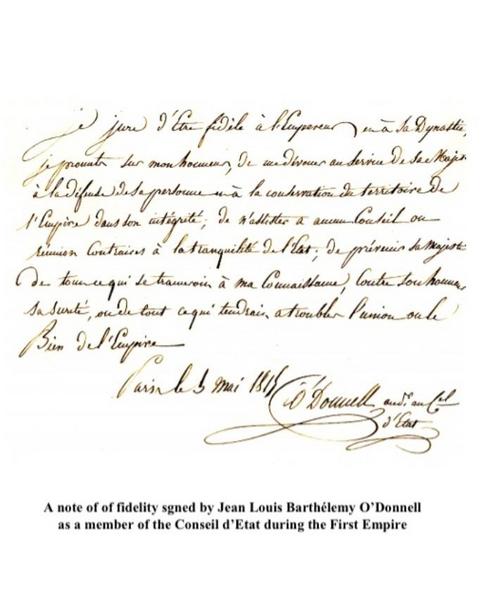 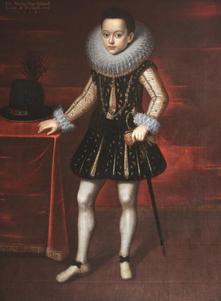 The O'Donnells of Tyrconnell - A Hidden Legacy
published by Academica Press LLC, Washington D.C.
under its Maunsel Irish Research Series

Available direct from the publisher in USA