For biographical information on Francis Martin O'Donnell, see Biography below.
More detailed information may also be found on Wikipedia or LinkedIn, or via Google search.

For further information on the O'Donnells of Tyrconnell, 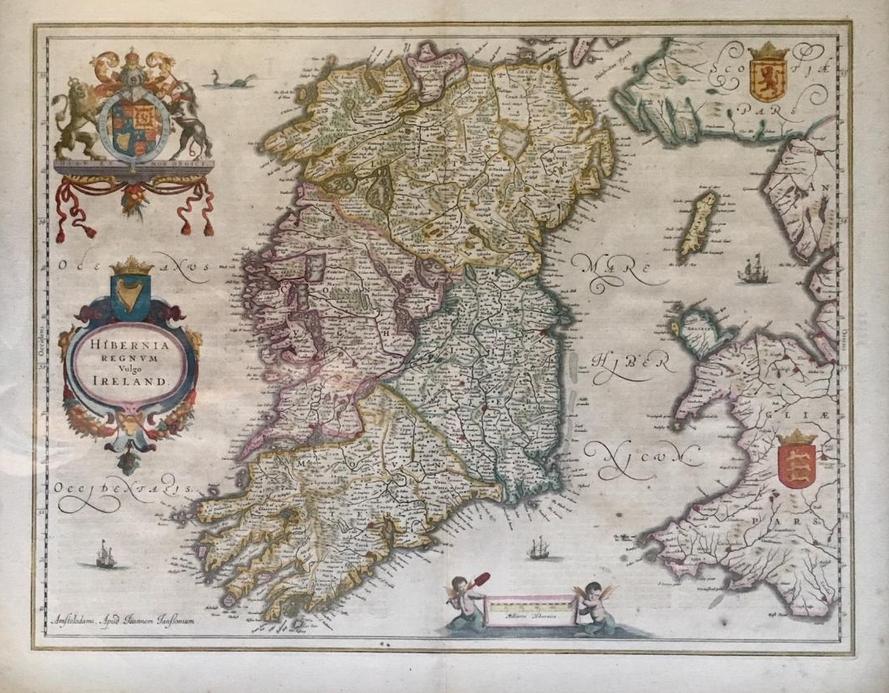 Living and Learning:  Not all efforts in life are successful, and many are my failures, either in endeavours or in relationships. One such, was an effort to campaign for a seat in the Irish Senate, Seanad Éireann, in early 2011, in the constituency of the National University of Ireland.  Solidly nominated by a group of trusty friends of long-standing, but living abroad since 1976, it was an improbable task for a Global Irish Diaspora candidate, with no name-recognition amongst the constituency's electorate (graduates of NUI). In the final analysis, the successful Senators for the three seats concerned where all household names in Ireland, two in fact re-elected, and another a frequent radio guest.  Perhaps it was all for the better! Certainly, a learning experience.

In service for and to others:  notable moments (click on pics for details) 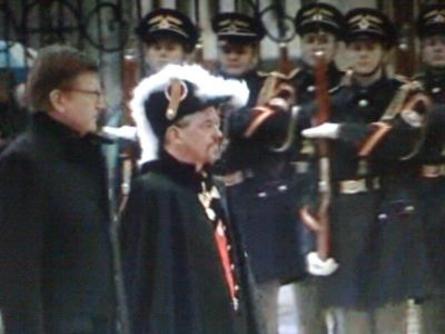 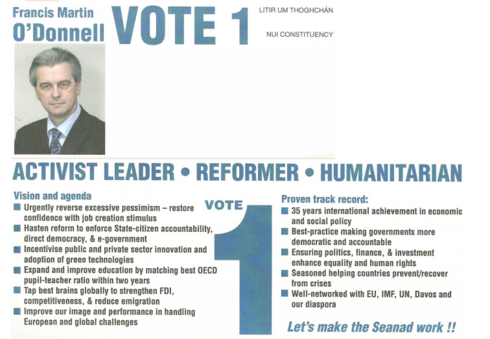 Right:   The Song of the Mad Prince (1917), stained glass, by Harry Clarke (1889-1931).  According to the curated notes of the National Gallery of Ireland, where this small but quaint piece is on display “the subject is derived from the poem of the same included in Walter de la Mare collection Peacock Pie (1913). In Clarke’s panel, the prince, wearing exquisitely embellished, Elizabethan-style clothing, stands in front of his mother and father".

© National Gallery of Ireland.   (Not for commercial use) 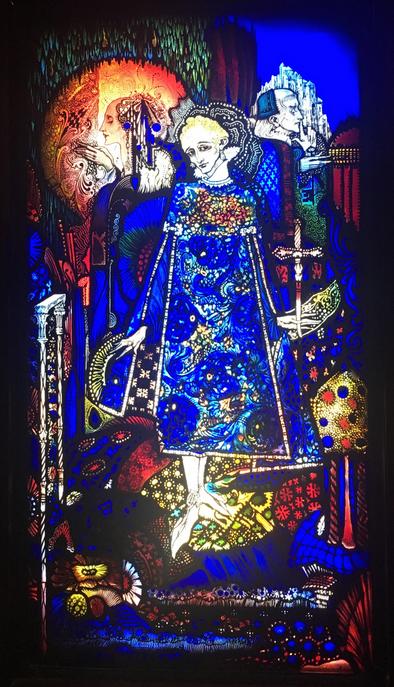 His Excellency, Francis Martin O'Donnell, reviewing the Honour Guard at the Presidency of the Slovak Republic, prior to his presentation of credentials as the new Ambassador Extraordinary and Plenipotentiary of the Sovereign Military and Hospitaller Order of Saint John of Jerusalem, of Rhodes, and of Malta, in December 2009, during which the National Anthem of the Sovereign Order, Ave Crux Alba, was played. For more information, see the tab "Causes" and links to the Sovereign Order of Malta. 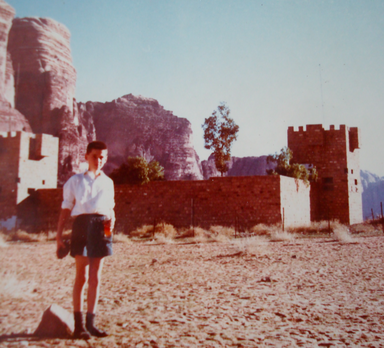 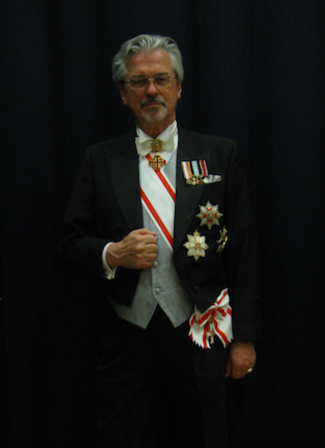 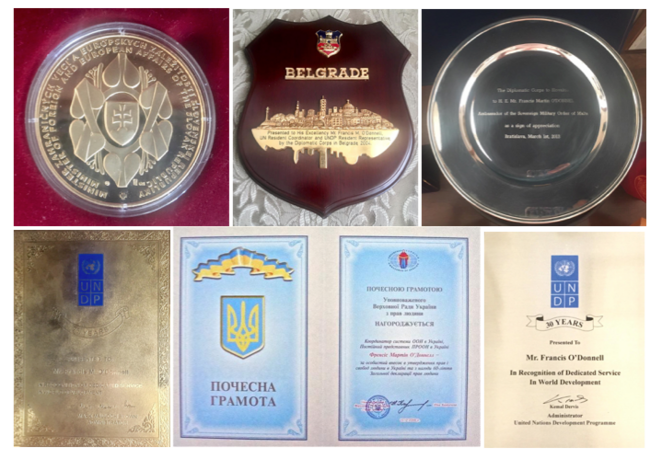